Adopting A Puppy: How We Found Our Henry

Juan and I always knew we were adopting a puppy, it was just a matter of when. We both love dogs and it was just the next logical step in our relationship. My family has a Cotton de Tulear, Juan’s family has an English Bulldog and Juan’s brother has a French Bulldog. Everyone in my family has dogs, from Westies to Goldendoodles to Lagotto Romagnolos! Yup, we LOVE dogs.

Thinking of becoming a dog parent? Click here to find out if you’re ready.

So, the question was: what breed to adopt? And do we go with a rescue or a purebred? Now I understand this is a whole other can of worms, and I’m not about to get into the pros and cons of rescue vs purebred, but we decided to go the purebred route, with an ethical, recognized breeder (additional can of worms conversation right here too! This is a personal choice and we respect that!) We felt most comfortable knowing the dog’s lineage, this way we’d know all about the health of our pup and other similar genetic factors. Once we agreed on this, it was time to figure out which breed would best suit our lifestyle.

Finally, I’d fallen on a picture of the cutest little Blenheim Cavalier King Charles Spaniel (that at the time, I had no idea this was what the white and beige cavalier was called!) and my heart melted immediately. This led me to creating an entire Pinterest board filled with hundreds of images of Blenheim cavalier puppies. The more we read about the breed, the more we knew this would be the perfect fit.

“I’d fallen on a picture of the cutest little Blenheim Cavalier King Charles Spaniel and my heart melted.”

We began our breeder search in the month of April 2019. I spent the next few months joining Cavalier King Charles Facebook groups and looking up a variety of different ethical breeders in the Quebec and surrounding areas. I made an excel spreadsheet of websites, emails, phone numbers and Facebook pages I had contacted and the outcome of each conversation. Some phone calls lasted over an hour discussing all the in-depth details of the breed only to then be told it would be a 1 to 2 year waiting period… Bummer. There were about 40 total breeders we had communicated with in about a four-month period. We were on a mission. 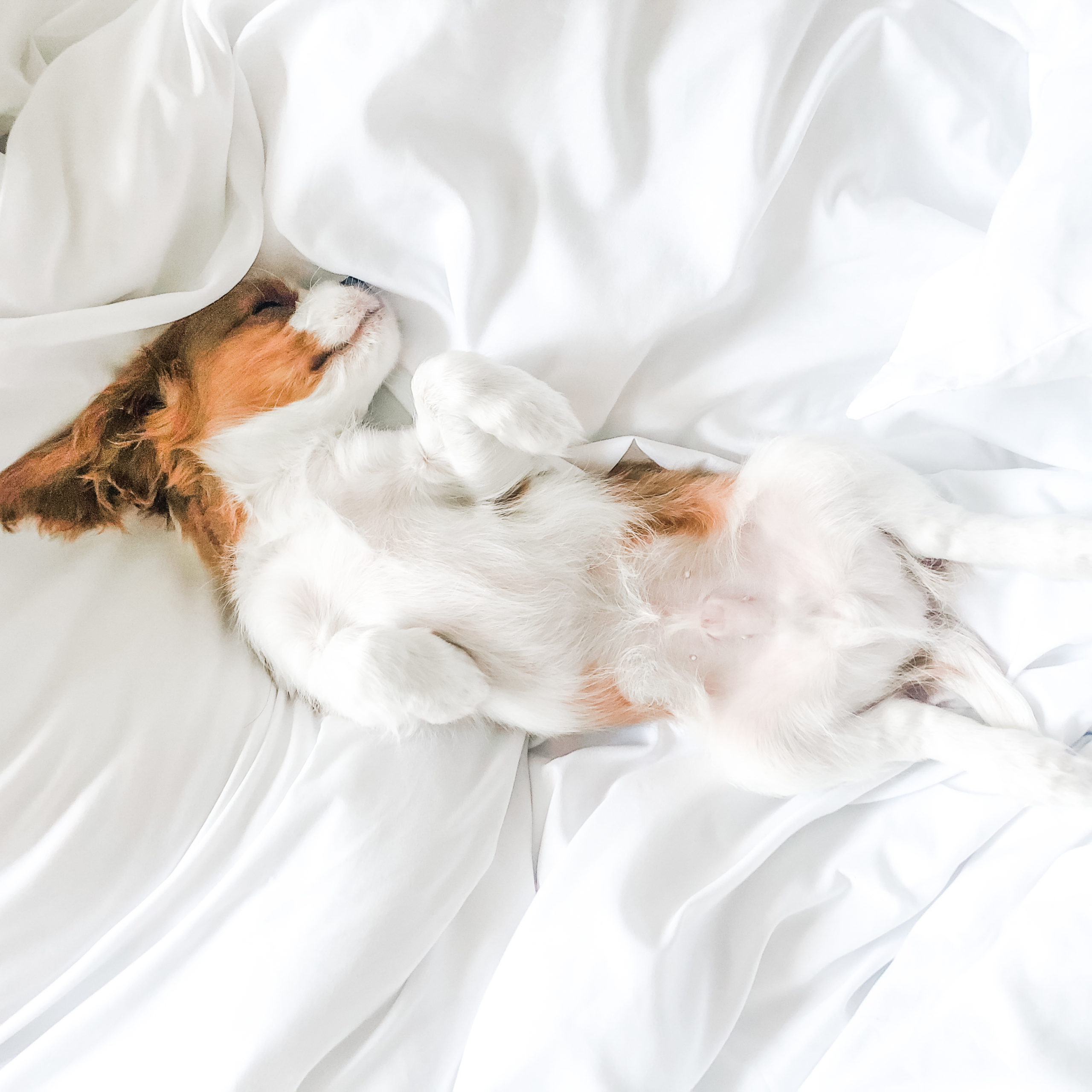 Anyone who is currently looking to adopt a Cavalier King Charles Spaniel knows exactly what I’m talking about when I say it’s a process.

While we knew there would be a long waiting period, we took to the Internet to dig up everything there was to know about Cavalier King Charles Spaniels (and puppyhood!). It became an obsession (still is!) This is when we discovered Cavology. I thought this was the cutest name for a company geared toward cavaliers (and all dogs, as I later found out) ! As we scrolled on, we not only fell in LOVE with their brand and all their adorable products, but also got super excited when we found out they were from Montreal! (follow them on Insta! @cavologybrand)

Upon digging a little further, we learned that the loveable Cavology “CEO” cavs, Herky & Milton, were also on YouTube! It soon became our morning ritual; every Wednesday and Sunday morning we’d sip our coffees in front of the latest upload, and enjoy all the helpful tips Herky & Milton’s momager, Mai, would talk about. Little did we know, we’d later become the best of friends!

I followed intently, watched every single video, and fell more and more in love with the breed, these good-natured, loveable little fluffy affection sponges. My heart was set on a Blenheim, and Juan and I both agreed we wanted a boy.

The next couple of months were filled with emotion and excitement! In July, we reached out to Passion Unique de Mabini, in Granby, Quebec, the breeders we would (unknowingly) be adopting Henry from. An initial email was sent, then a Facebook message and a second follow-up email.

When we finally heard back, we were asked to fill out a loaded application form which included questions like where we lived, what qualities and temperament we were looking for in our pup, the gender and colour (first and second choice) and a little about us. We understood this was to assess how serious we were about adopting a puppy.

Once sent, this was followed by a phone call. Our breeder was initially hesitant about the fact that we live in a condo, but somehow I managed to convince her! The final little step at this time was a deposit that would assure our spot on the waitlist. This part was a bit of a gamble because if our first and second choices weren’t born in this litter, we’d have to wait another 6 months until the next litter. (I really didn’t want to wait!)

This whole back and forth took a whole month. In the meantime, however, we were contacted by another breeder who had a puppy available! The excitement was real! We even went to visit the pup and everything. In the end though, the breeder messaged us that she had chosen another family… We’re glad it didn’t work out, or we would’ve never had Henry!

It was now August, and we hadn’t heard anything, until one day I received a mysterious Facebook notification from the breeder asking me to join a Facebook group. The group was called “August Puppies 2019”. I think I may have screamed a little. What did this MEAN!?!?!? I didn’t want to get TOO excited or get my hopes up, but I mean, if they’re adding us to a group then it must mean SOMETHING! 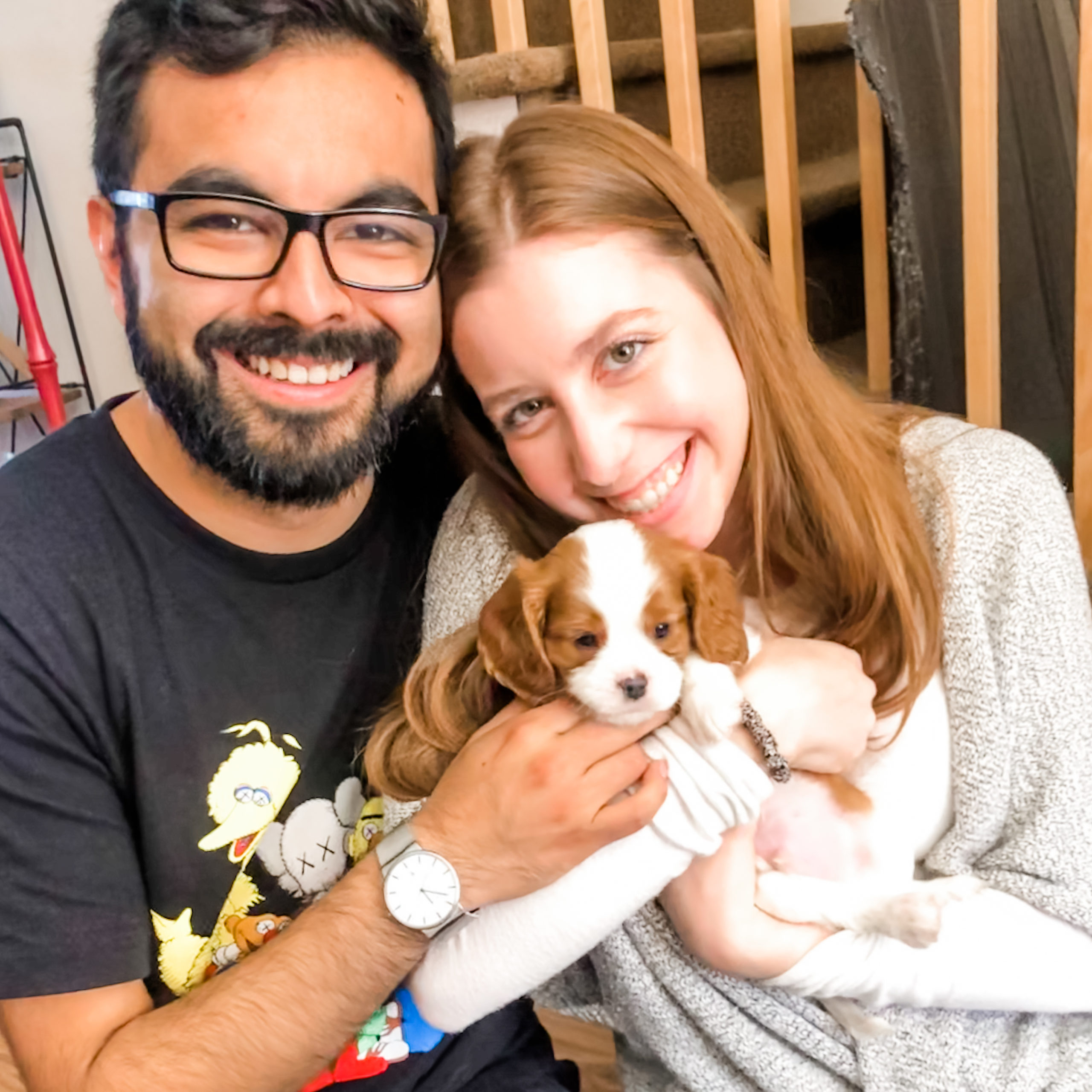 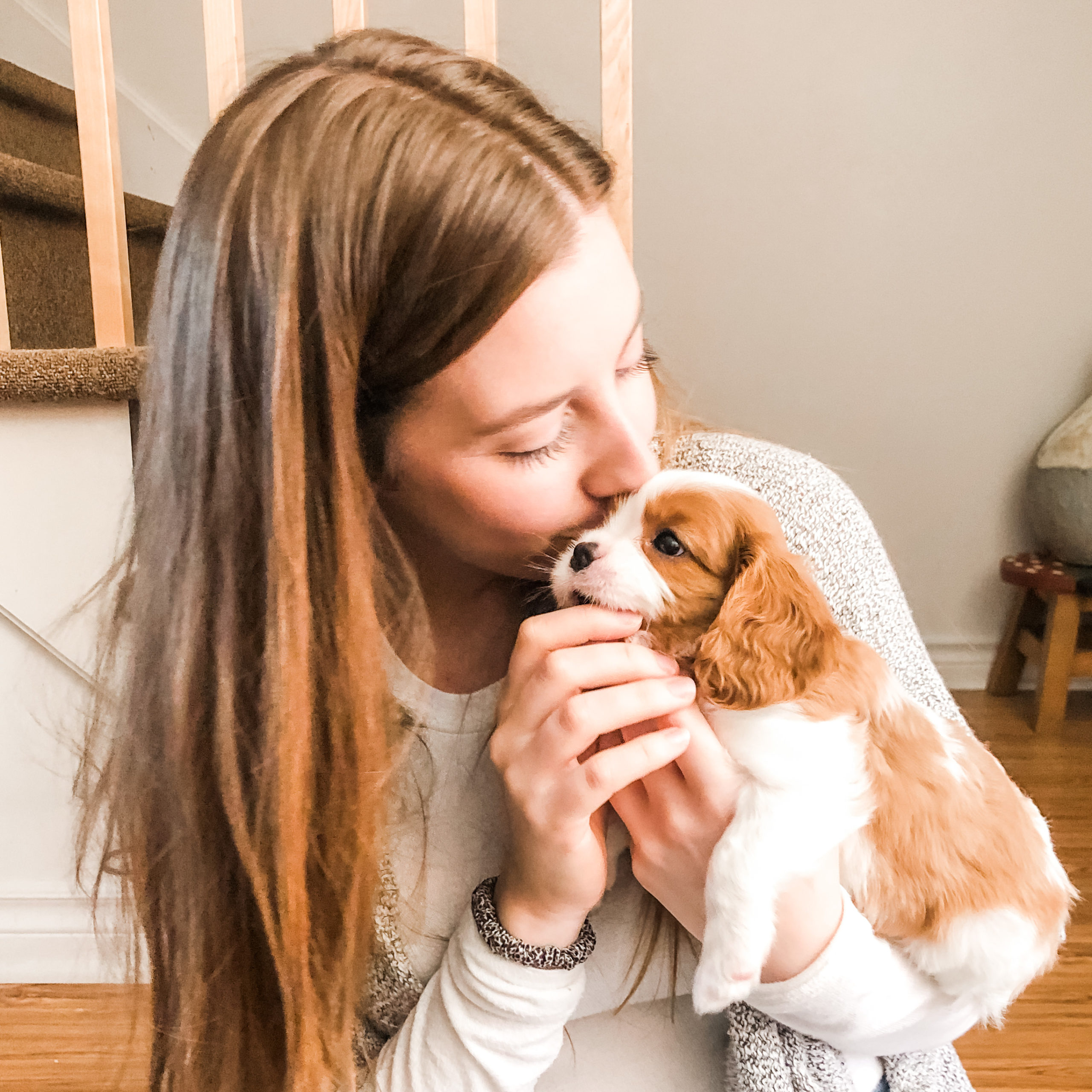 Sure enough, on August 19, 2019 six little puppies were born: two Blenheim boys, two tricolour girls and two tricolours boys! As the weeks went by, our breeder would upload videos and pictures to the group so we could watch the puppies grow. Looking back, I’m so grateful for all the photos and videos we have of Henry since day 1!

Watching these puppies grow, we still had no clue which one was ours (or IF we’d even be adopting a puppy from this litter). FINALLY, she sent us a picture of both Blenheim boys saying “one of these is yours!” I can’t even begin to tell you how excited I was. Funnily enough, Henry was not my first choice. I had my eye on his brother, the calmer, less rambunctious pup. We were going to find out which puppy we’d be taking home when they turned 6 weeks old, when we were allowed to visit. Essentially, the pup would be assigned to us based on our choice and on its temperament.

Needless to say, when we visited Henry on September 29, 2019 it was love at first sight (see above pictures). This little fur-ball fit perfectly into our arms as he nibbled on our fingers, hair and sweaters. He even fell asleep in Juan’s lap! I mean!!!

On October 19th (i.e. THE best day ever!) it was finally time to take Henry home! We felt so prepared with our little pet carrier, our blankets and little plush toy. Lucky for us, Henry slept the entire drive home!

To this day, we are still in touch with our breeders and we cannot thank them enough for their guidance throughout this whole process! Henry is teaching us something new about ourselves everyday and we are so thrilled for the joy he brings to our daily life!

Are you preparing to adopt a puppy? Check out my blog post all about welcoming your furbaby! 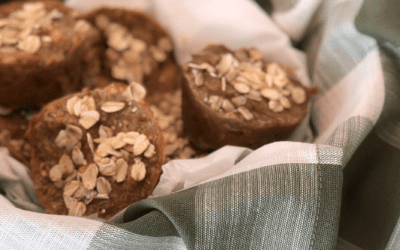 Baking for Your Dog with Cú Bakery

I baked apple, sweet potato & oat dog muffins with Cu Bakery Snacum baking kit. Such a super easy way to bake something cute and yummy for your dog! 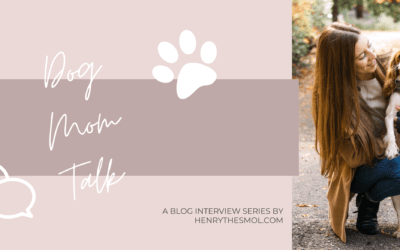 Most of what I know about taking care of Henry has come from chatting with fellow dog moms and reaching out to the online dog community. As part of a new series of blog posts, I’ll be interviewing a new dog mom every week. I’ve made so many awesome encounters and I want to share them all with you! 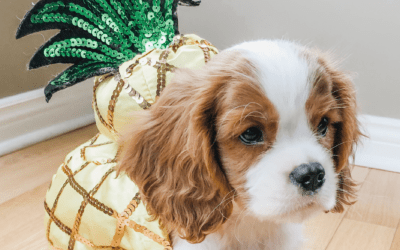 October is here, which means pumpkin spice everything, warm apple pie and scrambling to find the perfect Insta-worthy Halloween dog costume! Are you more spooky or silly?